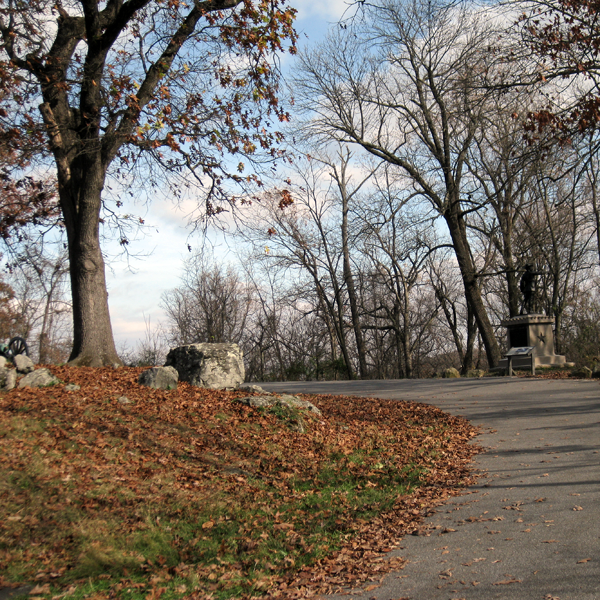 Culp’s Hill was occupied the evening of July 1 by Union I Corps and XI Corps troops, along with neighboring Cemetery Hill, as a rallying point from the retreat following the earlier Confederate offensive. Lt. Gen. Ewell had discretionary orders to seize the heights south of town, "if practicable." By mid afternoon on July 2, Culp's Hill was reinforced by a brigade of the XII Corps.
The main assault on Culp's Hill by Ewell's II Corps didn't get underway until 7 PM. Confusion ensued as darkness fell and the charging Confederates were surprised by the strength of the Union breastworks. However, the 23rd and 10th VA, outflanked the 137th NY and put up strong attack. The New Yorkers held their ground and protected the flank, but took heavy casualties. Because of the darkness and heroic defense, the Virginians did not realize that they had almost broken through to the Baltimore Pike and main line of communication for the Union army, only 600 yards in front of them.
Elev. 634 ft.