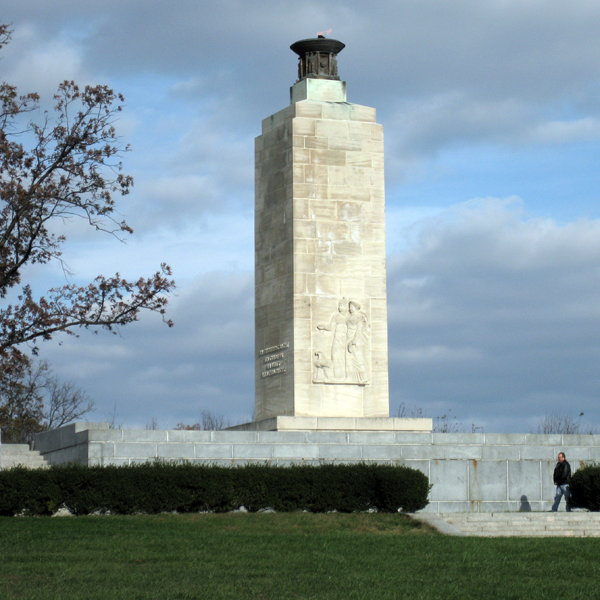 Located on Oak Hill and dedicated on July 3, 1933 in ceremonies commemorating the 75th anniversary of the Battle of Gettysburg, this monument stands as a testament to a nation united. The memorial stands 47 1/2 feet tall and is topped by an eternal flame that became the inspiration to Mrs. Jacqueline Kennedy for the eternal flame of the grave of President John F. Kennedy in November 1963. The dedication was attended by more than 1,800 Civil War veterans, all of whom were at least in their 90s.
Elev. 615 ft.