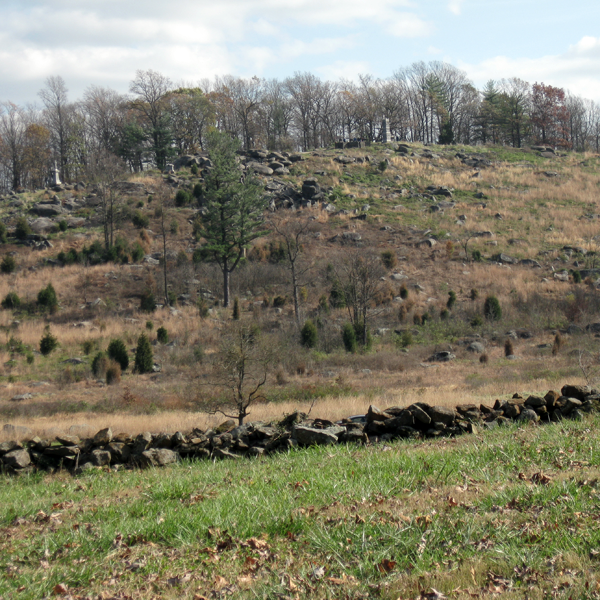 Early on July 2, LRT was held by a handful of Union soldiers. A series of troop movements eventually left LRT unguarded. As the afternoon progressed Meade sent Brig. Gen. Warren to assess the situation. Finding LRT completely undefended, he sent word requesting immediate help.
Col. Vincent, a brigade commander, 1st Div., III Corps, double timed his men up the slope to cover the ground. Among the units of Vincent's command was the 20th Maine under Col. Chamberlain. Vincent told Chamberlain that his was the extreme left flank of the entire Union line and to "hold this ground at all costs!"
Two TX regiments under Maj.Gen. Hood advanced up the slope toward Vincent's defense line. The TX regiments were joined by the 15th and 47th AL, and together they hit the 20th Maine, with orders to take the position.
With their ammunition almost depleted, Chamberlain and his men charged down the hill into the Alabama regiments. The charge succeeded and LRT was secure.
Elev. 690 ft.