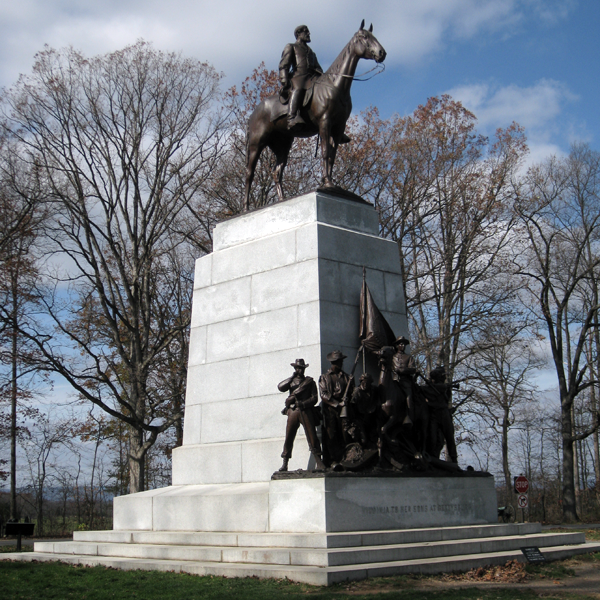 (VA Monument)
The VA State Monument roughly marks the center of the Confederate position along Seminary Ridge early on July 3. It shows Gen. Lee mounted on Traveler as he greeted his men returning from the failed assault on the Union line a mile distant.
The assault began an artillery barrage on the Federals. Union artillery answered and for the next two hours the battle raged. The noise was so deafening it was heard in Philadelphia and Wash. DC. Then it stopped; and for 15 minutes the Union line watched Rebel infantry advance. When they were within 400 yards of the Federal line, it opened fire on the approaching enemy. Within 30 minutes, outnumbered and realizing that no reinforcements were to follow, the survivors began their retreat to Seminary Ridge.
Pickett lost nearly 3,000 men. Returning to Seminary Ridge Pickett was ordered by Gen. Lee to prepare his division for a possible counter attack. Pickett responded, "General Lee, I have no division now."
Elev. 563 ft.