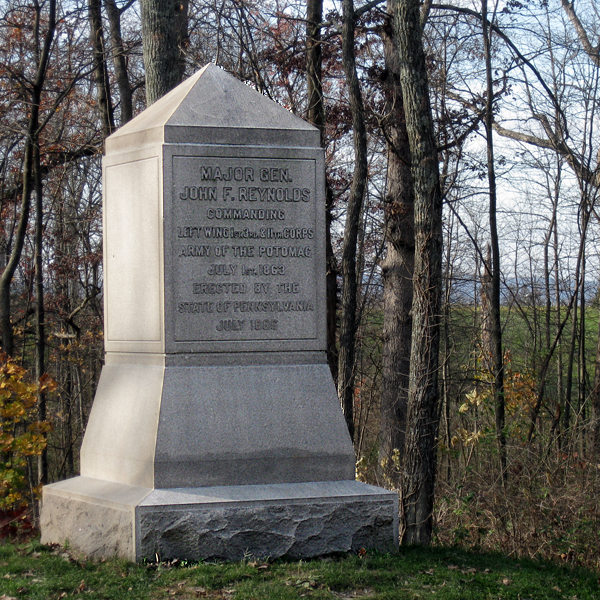 Along this line early on the morning of July 1, 1863, Union Cavalry General John Buford with about 2,700 troopers held off an initial assault of 7,600 Confederate infantrymen, buying time for Union infantry, led by General John Reynolds, to arrive and deploy into battle. The GPS coordinates bring you to the marker where General Reynolds was shot and killed by a Condederate sniper shortly after arriving on the field. Reynolds was the first officer killed during the battle and considered by many to be the best field general in the Union Army. As the Federals were eventually forced to fall back through town and assume positions on the high ground of Cemetery Ridge, the Confederates occupied Seminary Ridge from the afternoon of July 1 till their retreat from the field on July 4. From the southern portion of this line, General Lee launched his infamous assault on the afternoon of July 3 known as Pickett's Charge.
Elev. 502 ft.